After talking to the only person who reads any of these posts, it came up that eBay was once a primary source of revenue for me, but not now. What caused eBay to go downhill? Was it from Amazon’s competition? More than likely, it was me.

A couple years ago, eBay was bringing in the most money consistently. However, I was more active in selling than I am now. Over the months, I slowly stopped selling online. One site that was doing well that was also listing on eBay was bitcoin related, which eBay then frowned upon and removed the listings…then I started giving up.

The True Reason for Less Sales

With moving and some other excuses, I stopped buying items to sell. That meant I only had the stuff I couldn’t sell before to even attempt to list now. My automated system of listing items and then being able to print labels without any involvement from me made this system efficient…and profitable. I could sell large amounts of items efficiently, so even small profit items in large quantities paid off well.

That system hasn’t be used in years. Yet I still claim to sell online, and still cry about how nothing is coming close to client work. I read books fairly consistently and this type of thing comes up quite frequently. 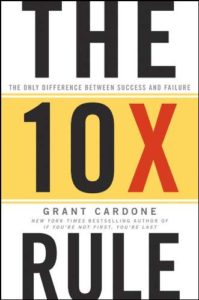 In Grant Cardone’s The 10X Rule and Be Obsessed or Be Average, he talks about the concept of filling your pipeline with more than you actually need, and taking massive action to get things done.

In the scope of eBay, I have really only focused on the leftover items. Without increasing the number of items I have to sell, I can fully expect that I won’t sell much. If I need $1,000 in sales, and I list $1,000 worth of items, when a single item doesn’t sell, I fail. I really need to have $10,000 worth of items listed making the goal of getting $1,000 all but guaranteed. 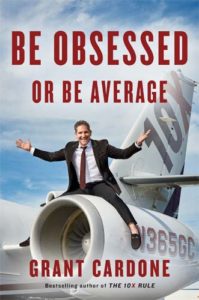 Similarly, I am not really taking much action. I did sign up for an eBay store, but I never set up any logo, header, or pages to fully complete the store. With the recent wholesale order, I really need to take more action to get the eBay Store looking good, get the newsletter set up to collect email addresses, and get all items listed.

Some generic advice that everyone throws out is “what can be measured can be improved.” Along a similar line, Geoff Colvin’s Talent is Overrated and even Cal Newport’s So Good They Can’t Ignore You, which actually references Talent is Overrated, practice is all that matters.

Not just practice, but deliberate practice. Realistically, I don’t know how to deliberately practice selling on eBay, but combined with the generic advice, I can start measuring the time I spend. My new strategy, getting back to the question on why eBay has gone downhill, is to track my hours spent doing each thing.

If I spend 100% of the time doing client work, it’s to be expected that client work will likely be 100% of my income. However, if I spend 10% with eBay and online sales jumps to 50% of my income, then clearly I am focusing on the wrong thing. Dedicating more time to eBay would be worth it.

At this point, though, I really have no idea what I spend time on and what is the most efficient use of my time, outside of tracking hours for clients. The goal is to then track the time I spend with online sales, either eBay, Amazon, or selling from my own site and combine that with freelancing, essentially everything else I do.

That would include selling existing sites and SEO packages, doing custom products such as the WordPress plugin, and the time I spend actually trying to get new clients for client work. The actual time spent doing the client work is less important for tracking since I already have a system of keeping track of my time for invoicing purposes.

So starting with the December income report, I will also be including not only how much revenue I brought it, but how much time I had to spend to get that revenue. If these books taught me anything, I should be doing more, and by tracking it closely, so I can see where I need to make improvements. Plus, I will then have an idea on why I am falling short instead of constantly posting about how I need to do something other than client work but not actually doing anything!

The Giant Risk Everyone Must Take to Be Successful

Reduced Hours With One Client, but Potential New Clients