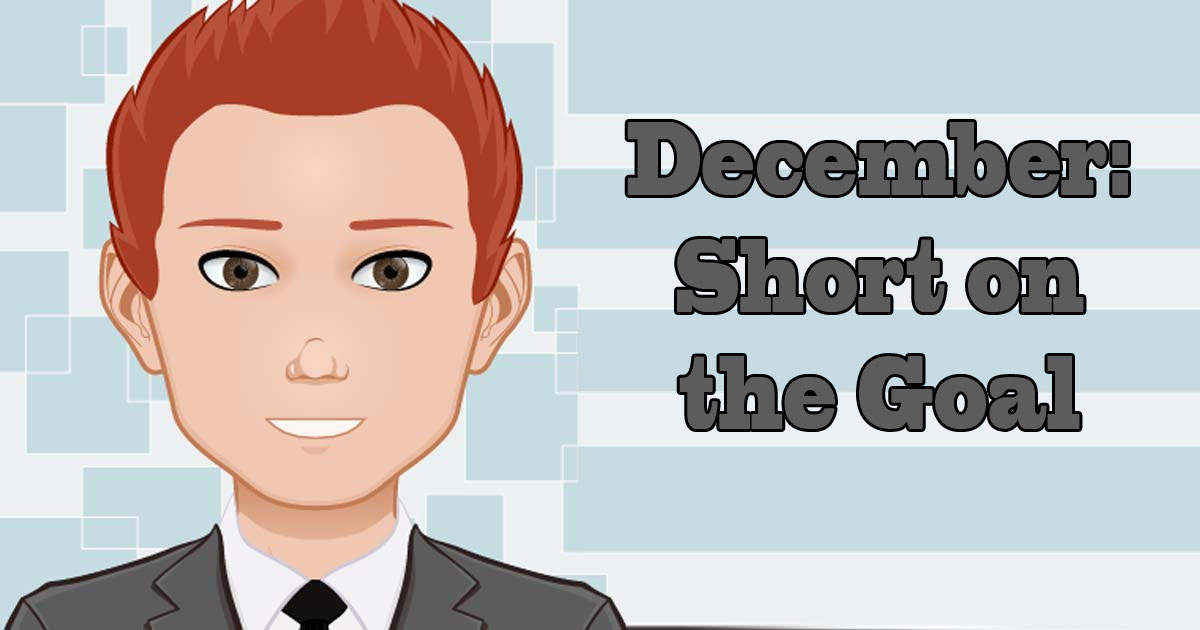 December was the last month of my savings goal. So not only do I need to meet the goal, I also need to figure out what I am doing next year, both in terms of saving along with the plan for this blog.

I am leaning more towards making the blog more instructional and adding videos, instead of having it be more of a diary of daily, weekly, and monthly events.

This month started by trying to complete the investment deals. Even though I wanted to meet the goal of saving money, the point of that was to be able to do the investments. The only thing better than meeting the goal was to complete both deals.

This month was a bit weird. The first week was right after Thanksgiving, and just trying to get everything back on schedule. The second week I was on-site in New Jersey. The third week was mostly normal, but it was the week before Christmas, so people started to get hard to get a hold of. Then there was Christmas week followed by New Year’s.

There wasn’t much time in there to work on anything. The investment deals were delayed due to holidays and my traveling. Doing things like selling websites become harder when traveling since I don’t have my computer with me, just a company laptop.

Coming back, the weather wasn’t great in New Jersey or North Carolina. The flight was delayed and then when I finally landed, the terrible rain made the drive back take extra long. The theory was I could land at 4:30pm, be back at my apartment by 5:30pm, and finish up everything. That’s essentially the schedule I was doing when I was in New Jersey and getting back to the hotel around that time after leaving the office.

I ended up getting home closer to 8:00pm, then was behind schedule, and stayed up late trying to catch up, thoroughly screwing up my schedule. The next few days had me falling asleep during the day, waking up early in the morning and then sleeping again until late morning. I needed to get back on a normal schedule for the week before Christmas.

Not only to be able to handle the typical client work schedule, but the week before Christmas started vacation time for a lot of people which meant I had to fill in for them while they were out. Falling asleep during the day wouldn’t go over very well.

Nothing really new happened with client work. I did do the holiday trip to New Jersey. I didn’t gain or lose any clients, or even really try to work on getting a new one. For the most part, things were quiet and I was just holding steady to the end of the year.

Very rarely do I get a contract that aligns with the end of the year, and I typically don’t start any new contract around this time either.

Still trying to complete the two original deals, but a third one, that didn’t seem very likely months ago, started gaining traction. It’s another commercial real estate deal that the seller is finally starting to consider a reasonable price instead of an astronomical price made up without any supporting reasons as to why.

While those were making progress, all 3 essentially stalled out by the end of the month. The initial deal ran into issues where I may get out of it with some fees. Paying more isn’t great, but it’s about 1.5 months worth of what I would make from the deal, so doing it is worth it instead of delaying the deal for 2 or more months.

However, the stupid holiday schedule screwed up everything. Payments, if I chose to make them, couldn’t be made the last week of the month since everything shut down. The banks I have been dealing with were also closed, and if they were, in fact, open, the person I was dealing with took vacation so I still couldn’t do anything.

The second deal just went radio-silent. Not really sure what’s going on with that, but this happened before. I heard all the details, then 8 months of nothing, and then more details. Hearing nothing now isn’t a real big concern as much as an inconvenience of not having a date and the specifics nailed down yet.

The third deal sounded promising and came at a good time with the second deal stalling. After working out everything verbally, I submitted the written proposal, and it got beat to death. All the terms were screwed up and they are back to making ridiculous demands. I will draft an email and re-send my original proposal by January 2nd, but I am prepared to walk away if needed.

I didn’t get it in time to move any over. Plus, I did rack up some charges on the credit card that I should probably pay before the 0% APR promo ends. That won’t be until June, however.

I would like to focus on my own thing for 2020, though. Make that a priority instead of just tracking the actual dollars to give myself time to ramp up. What killed that this time is I was tracking the amount of cash saved, so building the foundation and starting out didn’t contribute at all.

If I instead track getting the site sales up and running, I could then focus more on what needs to be done, even if it doesn’t generate cash that I can save immediately.

Not sure what I should do about client work. I am still thinking that even though I could find higher-paying clients, this isn’t the best long-term approach. I need to replace clients with something I have more control over and that will scale, both up and down, as time allows. Running my own website would also be beneficial for the same reasons. I don’t really have anything close to being ready, though.