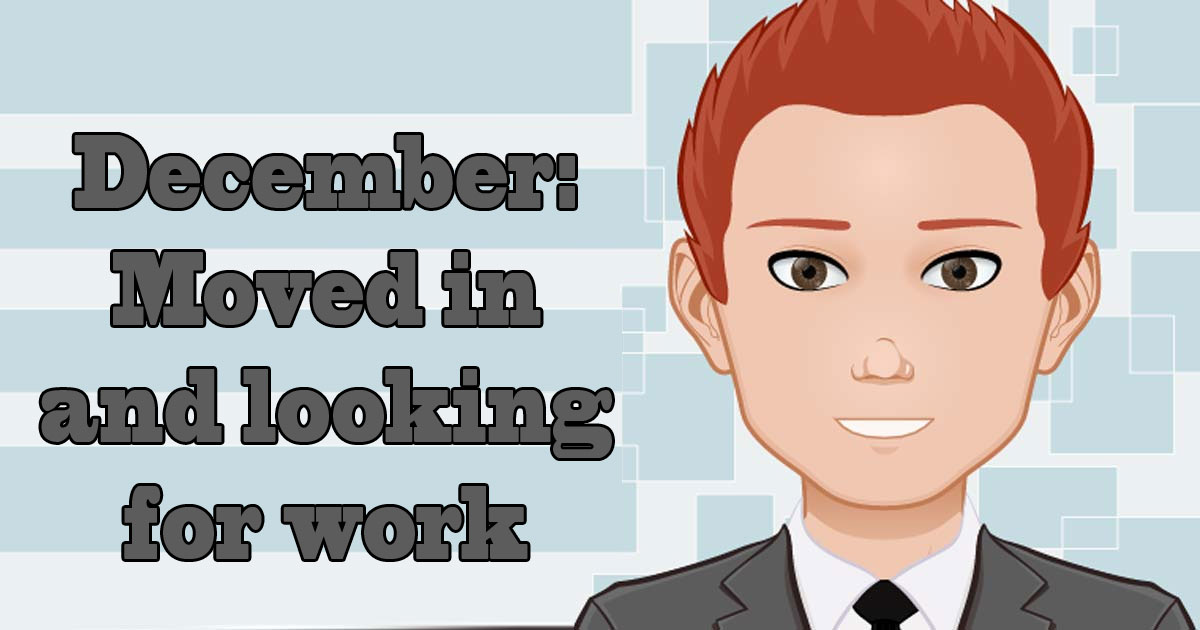 December was pretty uneventful for me in NC, but in Ohio, a snowstorm hit. That was good for the tire business but terrible for the move. The focus starting off the month was primarily just getting everything packed and to Ohio, even if closing was delayed.

During the packing, the client that ended the contract started needing a ton of work done. However, I didn’t really care about it and had no motivation to pause on the packing to get everything done.

Once packed up and in Ohio, I still had to wait before getting the new house. Closing was originally scheduled for the day after I got back to Ohio, but I quickly knew that was going to happen. That Monday, however, I did sort out some of the issues I was facing, which at least gave me hope that we were close to closing.

I submitted more documents, but with an issue that the title company had to address, my documents weren’t going to be reviewed until the title issue was corrected. That, however, seemed to just take a day. Thought, it then came back the following day with issues I already addressed, but they didn’t like the way I initially addressed them. It took another day to finally resolve that and then send it back to underwriting.

The investment deal I had close ended up closing, and the fact that it was all cash meant I could do it far easier than previously planned. I closed on that one while still waiting to wear about my house.

The day before Christmas Eve, I actually closed on my house and got the key, but it wasn’t without issues. I didn’t get the amount to wire until real late the day before. I submitted the wire request knowing it wouldn’t go out before I showed up for closing. On the way to closing, I got an email about closing costs from the bank. Turns out they miscalculated the amount I needed to wire and after I left closing, I get a call telling me I was short.

I also started looking for more client work. I am down to 2 active contracts with one going away at the end of the month. With the new house and all the investment deals I have completed lately, I would like to have a stream of income still coming in that is fairly stable. However, I would like to get pasted the move and be in the new house before starting anything new just to make sure the move doesn’t interrupt anything. New clients can quickly drop me without much of a loss as long as they do it early on. Those first 30 to 90 days to get established are what will keep the contract long-term, and I don’t want to deal with the distraction of moving during that time with a new client.

A commercial building deal also gained some traction about two weeks into the month. An inspection was needed but finding someone who could actually do it wasn’t as easy as I planned. I finally got the forms signed, but then had to send in payment in order to make everything official. The downfall, though, was the inspection takes about 3 weeks to complete, so starting the clock when the check is received makes it unlikely this will be done before the start of January.

Halfway through the month, I started ramping up the new client-finding approach. “How quickly can you start?” is the standard two weeks, or less if required to land the contract. At the halfway mark through the month, 2 weeks makes it the end of the month or really that week after Christmas but before the New Year.

Plus, I still want more control over what I do. The goal is to be able to do more work to generate more income when I need it and to scale it back when I am busy. Ideally, I could scale it so that I could do more work than I could personally handle.

I am putting together a plan to go back to that. It seems like a lot of work, and I really should have been working on this a little every week. I still think I can make enough progress to potentially avoid looking for a new client. However, I am still looking for a client, but I likely won’t take just any new one.

I am looking for the right one with the terms I want, doing the work I like to do. That might not be really easy, so I am expecting some downtime. I have been doing a few calls earlier in the month to find a new client, but the last two weeks were pretty dead due to everyone being on vacation for the holidays.

This was another month that I am happy it’s over. I should revisit the goals I set for the year along with making new ones. I am hoping to get all settled in to the new house fairly quickly, so that is no longer a distraction, along with the contract for one client ending, I should have more time available.