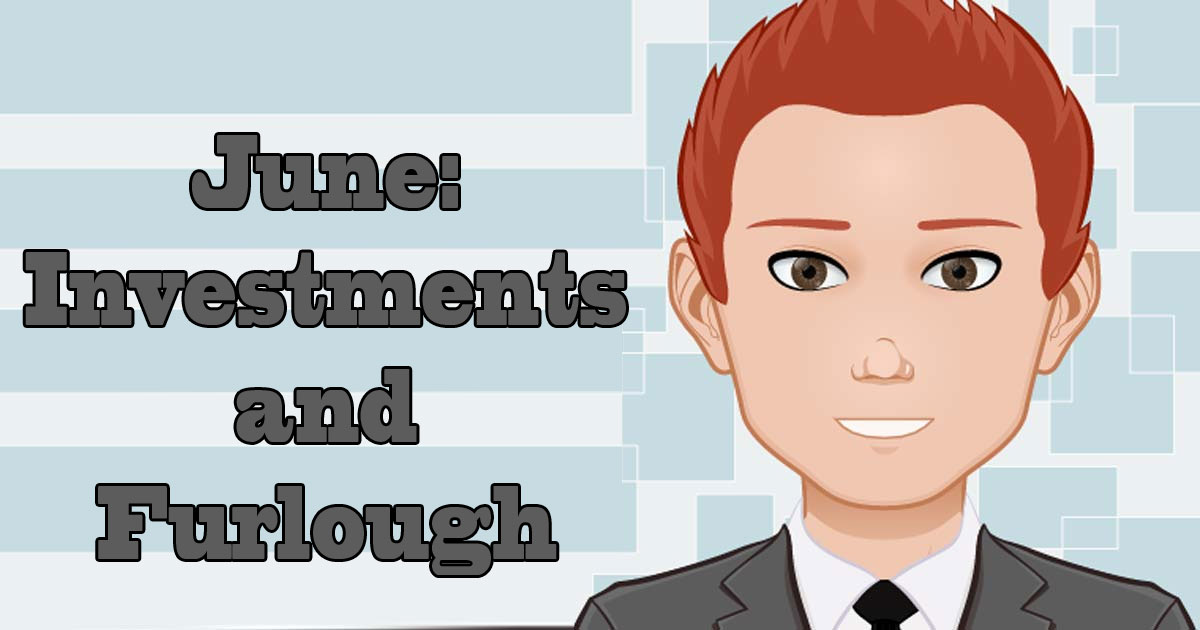 June didn’t start out as well as I hoped, but not nearly as bad as things have been going. It was also a slower start than what I was hoping for. However, it does feel like things are slowly getting back to normal.

I tried changing my schedule to make it easier to stay on track, but the first week in, it was already screwed up. I tried to get it back on track as soon as I could to avoid screwing up all of June. When my schedule gets off track, it gets really hard to get it back. I start sleeping at random times, then I have to stay up late to do the work I should have done while I was sleeping, and it’s a vicious cycle.

After trying to get caught up on work after the schedule issue, I requested a few days off from one client. Those days off align with the furlough week of the other client, which would give me time to dedicate solely to the newest client, which happens to be the one I am the furthest behind on. I just need to get caught up enough to make it to those days.

My sleep schedule started to get back on track when it came to waking up, but I would still tend to stay up later than I would have liked. Still, it has been way better than it has been.

On the 20th, I tried fasting to see if that provided anything of value. It made me really sleepy…I think. I could have already been sleepy, since I spend the week getting up early for calls and meetings, and Saturday itself I get up early to run with a friend.

So I could have easily been sleepy regardless, but while fasting, I fell asleep a few times during the day and then stayed up later than I wanted. The consistent schedule was broken again. Sunday was also a sleepy day, even though I broke the fast that day. This is the first time trying this, but I did kind of like it.

The day after my furlough week, I got the email that two more furlough weeks were required, one for July and another for August. I don’t mind having off from the client, but work has died down, and it has become quite the easy gig. Losing out on a week of billable hours isn’t super exciting from a fairly stress-free contract.

The week back alternated from incredibly boring to insanely busy. Most mornings and afternoons were slow, but in the evening everything was falling apart and I was busy most of the night. After battling the sleepy schedule issue, this was the last thing I needed.

Slow work wouldn’t be too bad if the investment deals were moving along since I would have time to handle those in the morning before things start getting crazy. However, I am mainly waiting on other people now to provide documents, so even that is boring.

I have a few deals in the works, but none of them are expected to close before August. So not only will it remain boring for the remainder of the month, but likely to be boring all next month as well. With the CARES Act and the SBA subsidy, I am on a strict timeline, otherwise, I wouldn’t mind so much.

Because of the subsidy and my history of deals falling apart, I actually have more deals going now than I normally would with the expectation that not all will go through. However, they are all boring. I am waiting for things for all of them, which I have no control over. There’s nothing I can do to help speed them up, so I just have to sit here.

Overall, I had high hopes for June, which turned out to be a bit of a letdown. It ended with a poor sleep schedule and a likely retreat from the normal that things were finally marching toward, so basically, it ended similarly to how it started. The only slightly redeeming quality was the investment deals started to gain traction on the last day of the month!